Picasso Painting Breaks Record for Most Expensive Ever Sold at Auction

A Picasso painting broke the record for the most expensive painting ever sold at auction. The painting, titled Les Femmes d’ Alger (Women of Algiers) was sold on Monday, May 11th at Christie’s New York for $160 million. After a 12% commission, the total price of the sale was $179.4 million. The buyer, who won an 11-minute session of phone bidding, is unknown.

Christie’s had previously sold the same painting in 1997 for $31.9 million. “The previous world record for a painting sold at auction was $142.4m, for British painter Fracis Bacon’s Three Studies of Lucian Freud in 2013.” Only 6 other paintings have sold for more than $100 million, including 2 Picassos.

In addition, “The sale also featured Alberto Giacometti’s life-size sculpture Pointing Man, which set its own record,” according to the BBC. “It is now the most expensive sculpture sold at auction, after going for $141.3m.”

The painting is part of a series of 15 paintings that Picasso created in 1954-1955. Picasso began Women of Algiers in 1954 after the death of Henri Matisse, who was “the master of what he called the Odalisque – exotic paintings of Turkish women in harems.”

As a result of Matisse’s death, Picasso was inspired to create his own Orientalist work that also assimilated the many influences he had accumulated over the years (by this time he was in his 70s). From the BBC:

You can see an echo of his famous proto-Cubist work Les Demoiselles d’Avignon (1907) and the debt it owes to Cezanne and El Greco. There was his lifelong admiration for the French romantic painter Eugene Delacroix who painted the original Women of Algiers (1834), and – of course – his adoration of the female form.

Added to this rich mix was the geo-politics of the time, which saw an uprising in the French colony of Algeria that would eventually lead to the country’s independence.

Barnett Fine Art has a number of Picassos available, including several original signed and numbered limited edition etchings and colored lithographs, priced for the average collector. Below is our newest consignment. 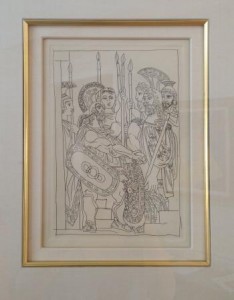 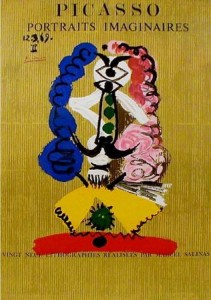 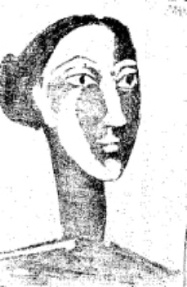 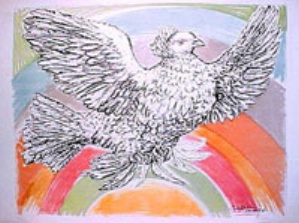 This entry was posted on Monday, May 18th, 2015 at 10:31 am and is filed under Art News . Both comments and pings are currently closed.