How Will Brexit Affect the Art Market? 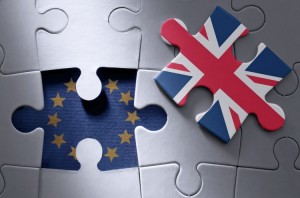 The UK deciding to leave the EU will have major economic impact.

The UK recently passed the Brexit vote, in an historic decision to leave the EU. In the aftermath of the vote, many galleries, art dealers, artists, and museums are wondering how the British economy will affect art sales. Many are split on whether the decision bodes well or ill for the art world. Already, the value of the British pound has dropped over 12%, and some analysts are predicting that it will reach parity with the US dollar by the end of the year. However, many others are insisting that the UK’s reputation as a global art hub will continue to encourage global trade.

Despite many advocates of the Remain party and supporters of the Stronger in Europe campaign lamenting over the drastic changes that the break from the EU has already wrought, many gallery owners are continuing to function regularly with their day-to-day activities. A spokesperson from Christie’s had this to say about Brexit: “We remain confident in the long term outlook for the art market as evidenced by the growing breadth of the countries represented among bidders in our sales. For now, it is business as usual. It will take some time before it will be clearly established what will change in the future […]. Our experience across the years has shown us that collectors want to collect.”

The changes are indeed not expected to be complete for another two years, according to Sergio Muñoz Sarmiento, an art law specialist and blogger. In fact, changes may be beneficial for galleries. The five percent duty that is levied on art imported from outside of Europe may still be levied. Additionally, there is a chance that the artist’s resale right (ARR) will be repealed. The ARR is a piece of EU legislation that benefits artists and creators by entitling them to a percentage of the sale of their original artwork every time it is sold. These payments are made to the artist or to the artist’s heirs up to 70 years after the artist’s death. The repeal of this legislation would mean sellers could keep more money from their sales.

However, even before the EU Referendum, sales were down at Sotheby’s and Christie’s. Sales were down noticeably compared to the same sales of last year, and works that were guaranteed to sell were not selling at all. Many are worried that buyers will sit on their hands now that the value of the pound has so drastically plummeted.

Other buyers, however, view the aftermath of the Referendum as an opportunity to buy, reasoning that the decreased value of the pound will make it easier to purchase. Art collector and advisor Stefan Simchowitz says, “In the short term, it’s bad for all markets; uncertainty creates massive volatility, especially in the more mature “blue chip” expensive categories. Art as a store of long term wealth, however, is a very good hedge against structural changes in the relative value that currencies have against each other as well as the long term loss of value that currencies have as central banks print more money to stimulate and stabilize currencies in troubled times. […] On a more practical front, it’s time to buy British. I will be re-examining many emerging contemporary artists whose pound-based pricing has kept me away from collecting.  Opportunity, as in all crisis, knocks.”

Many British artists campaigned against Brexit, such as Wolfgang Tillmans, who created a series of pro-EU posters, and Tracey Emin, who, along with 282 other well-known artists, publicly supported the Stronger in Europe campaign.

One of the biggest reasons that artists supported remaining in the EU is that the EU provides the UK with millions of pounds of funding that is distributed to galleries and museums throughout the country. Some supporters of the Leave campaign argue that the UK was only getting approximately half of what it paid to the EU back each year, and the money saved by not paying into the EU can be put to use on the arts. However, Becky Shaw, an art law specialist at firm Boodle Hatfield, brings up a good point when she says “there is no guarantee that this would be spent on the arts, especially in the current climate of cuts to cultural funding.”

Museums Are Siding with Artists

The UK’s museums also strongly supported the Stronger in Europe camp. Tate director Sir Nicholas Serota emphasized the importance of the relationship between the UK and Europe when he spoke with The Times last month, saying, “Art in Britain has always been influenced by what’s happening on the Continent; by the regular passage of artists—from Rubens through Van Dyck or Canaletto—backwards and forwards. So we are very much part of Europe.”

Similarly, Martin Roth, the German director of London’s Victoria & Albert Museum, warned that Brexit could have disastrous effects on the reputation and influence of London museums. The lack of funding from the EU could have the effect of limiting research, which would ultimately put London in a vulnerable position to lose its influence to Berlin.

Many prominent figures are forecasting the loss of arts and culture in the economic downturn that will likely follow the UK’s exit from the EU. Others are keeping their hopes up that the UK will handle the exit gracefully and continue to remain an important center for arts and culture. Only time will tell what will happen to the arts and culture scene in the UK.

This entry was posted on Friday, July 8th, 2016 at 4:21 pm and is filed under Art News . Both comments and pings are currently closed.