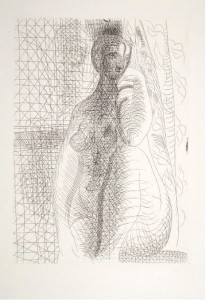 The fine art world has been abuzz over the past month about the dispute over the ownership of Picasso’s “Buste de Femme (Marie-Thérèse )”. Maya Widmaier-Picasso, granddaughter of Pablo Picasso, sold the 1931 plaster sculpture in November of 2013 to Sheikh Jassim bin Abdulaziz al-Thani of Qatar, whose wife is chairwoman of the Qatar museums authority. The sculpture was originally sold for $42 million, to be paid in three installments, but Widmaier-Picasso returned the first two installments on the eve of the payment of the last installment and instead sold the famous Picasso bust to the fine art dealer Larry Gagosian for a record $106 million in May of 2015. Gagosian then sold the work to New York billionaire Leon Black, founder of the private equity firm Apollo Global Management and co-chairman of the board of New York’s Museum of Modern Art (MoMA), where the bust was on display until Sunday, February 7th. Guy Bennett, an associate of the advising firm Pelham Europe acting on the behalf of Sheikh Jassim bin Abdulaziz al-Thani of Qatar, recently brought the case to court to dispute the ownership of the sculpture. So, the question arises: who is the proper owner of the bust? We’ll explore this question in-depth in today’s blog.

Who Owns the Famous Picasso Bust?

We begin 2016 with an intriguing fine art feud. Several lawsuits have been filed, each with a competing version of the story. According to Pelham, Widmaier-Picasso first sold the Picasso bust to al-Thani for $43 million, which al-Thani agreed to pay in three installments. Widmaier-Picasso then returned al-Thani’s two completed payments after her daughter, Diana Widmaier-Picasso, convinced her that she could get a higher price for the sculpture from Gagosian. It turns out that the original deal was struck by Diana’s brother Olivier without Diana’s knowledge. When Diana found out about the deal, she convinced her mother to repudiate the sale in order to sell the bust to Gagosian. It seems that Diana was motivated not only by the chance to earn a higher price but also by the fact that she received a lucrative commission for acting as Gagosian’s agent. 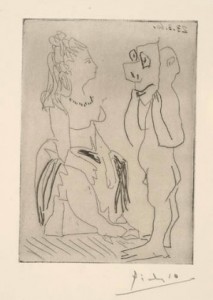 Gagosian claims that Pelham paid too little for the famous bust, which generated a $60 million expense for Widmaier-Picasso. This expense is what Gagosian cites as a reasonable claim for returning the payments. According to Gagosian, Widmaier-Picasso had already received several $100 million offers for the work during its 2011 show, “L’Amour Fou.” Following this line of logic, Widmaier-Picasso would have already known the value of the work and would not have wanted to sell it for less than $100 million. For now, the bust is being stored at the Gagosian Gallery while a Manhattan federal court determines the rightful owner. It’s difficult to say who will come out on top in this case, but it is safe to say that when this legal dispute is settled, Picasso’s “Buste de Femme (Marie-Thérèse )” will likely be the most expensive Picasso sculpture to be sold to date.

This entry was posted on Friday, February 26th, 2016 at 9:38 am and is filed under Art News . Both comments and pings are currently closed.