Devastating Earthquake in Italy Results in Loss of Cultural Art 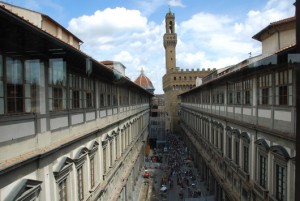 Italy mourns the loss of life and historic architecture in Amatice.

Early on Wednesday morning of August 24, a devastating earthquake hit the historic town of Amatrice, Italy. The earthquake measured 6.2 on the richter scale and left at least 247 dead and hundreds injured. In addition to the immense amount of human damage caused by the quake, two-thirds of the town has also been razed, prompting Sergio Pirozzi, the mayor of Amatrice, to comment that Amatrice “is no more.”

Among the damage inflicted by the earthquake is the loss of several historic architectural landmarks, including many churches, funeral monuments, and museums. Art experts fear that the powerful natural tragedy has resulted in the irrevocable loss of a large portion of the cultural heritage in Amatrice.

Far-Reaching Damage from the Earthquake

The damage left by the earthquake in Amatrice is substantial. Amatrice is known for its Cento Chiese, or 100 Churches, that are filled with sculptures, mosaics, frescoes, and other invaluable art. Many of these churches have been damaged, including the Sant’Agostino, a 15th-century church that experienced the collapse of half its facade during the quake. In nearby Norcia, a 12th-century basilica, said to have been built by St. Benedict over his own home, has experienced extreme structural damage. Several 14th-century frescoes are said to be damaged, as well as the town’s Roman walls, which have survived other earthquakes before without incurring damage. Nearby in L’Aquila, the 13th century church of Santa Maria di Collemaggio, a church that was still being repaired from damage caused by an earthquake in 2009, endured more damage to its facade and rose windows. And over 65 miles away, the city of Rome even felt the rumbles of the earthquake. Cracks were found in building in Rome due to the quake, including in the famous baths of Caracalla.

In the face of such great devastation, at least there is some good news. The Basilica of St Francis of Assisi is home to several sensational frescoes by Giotto and Cimabue and suffered intense damage during an earthquake in 1997. Thankfully, the historic structure remained untouched by the quake.

The town of Amatrice has prioritized saving lives and caring for the homeless left after the quake. As the town recovers, its 16th century bell tower remains ominously frozen at 3:36am, the time of the quake.

To help the victims of the devastating earthquake in Amatrice, consider donating to the Italian Red Cross, the National Italian American Foundation (NIAF), or Save the Children.

This entry was posted on Wednesday, August 31st, 2016 at 2:35 pm and is filed under Art News . Both comments and pings are currently closed.