Rufino Tamayo’s complete 90th anniversary suite is available through Barnett Fine Art. Learn more about the suite, as well as the history of this prolific Mexican artist, in our blog. 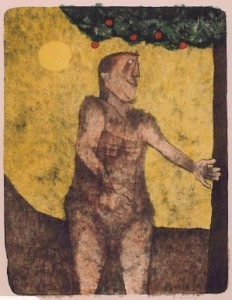 Tamayo begin working on the 90th anniversary suite in 1989, to commemorate his 90th birthday. The suite was originally planned to be a tour de force of 30 stone lithographs, but Tamayo died in 1991 after producing only 8. The lithographs were produced with master lithographer, Andrew Vlady, in 1989 and 1990.

The series shows Tamayo’s preference for a limited color palette, which he felt gave his art greater force, meaning, and possibilities. His use of three-dimensional stone as the lithograph material harkens back to Tamayo’s development of the Mixografia print style much earlier in his career, which allowed for print production with a three-dimensional texture.

The complete set of 8 lithographs is available through Barnett Fine Art. This includes: 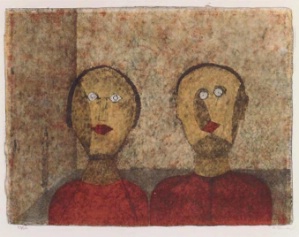 While Tamayo is now well-regarded in Mexico, there was a time early in his career when he felt forced to leave his native country. Tamayo’s opinions differed greatly from other contemporary Mexican artists, including fellow muralists Diego Rivera, Jose Clemente Orozco, and David Alfaro Siqueiros.

From a political perspective, much of Mexican art post-1910 was formed by revolutionary ideals. The Union of Technical Workers, Painters, and Sculptors was a political movement in Mexican art formed in 1922 that glorified revolutionary style art and rejected “so-called easel painting and all the art of ultra-intellectual circles.” Tamayo, however, felt the movement was too restrictive, which lost him favor with many of his contemporaries. Stylistically speaking, Tamayo was partial to the easel painting the Union rejected, stating, “The easel is a laboratory, a field of experimentation without limitations…and its limited surface covers all the potentialities for an artist,” according to the New York Times.

Unable to express himself freely in Mexico, Tamayo moved to New York in 1926, staying for 2 years, and returning in 1936, where he embraced the openness the city offered to international stylistic movements. By the time he returned to Mexico, the sentiment towards Tamayo in his native country was decidedly positive. 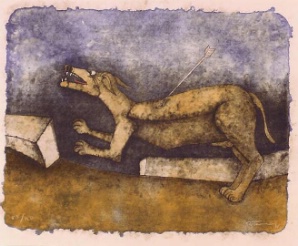 The Museo Rufino Tamayo in Mexico City houses Tamayo’s private collection, including a permanent exhibit of more than 300 paintings, including works by Picasso, Joan Miro, and Rene Magritte.

This entry was posted on Monday, June 22nd, 2015 at 1:47 pm and is filed under Art For Your Collection . Both comments and pings are currently closed.