The work offered here, Two Nudes, is an offset print of one of Lichtenstein’s famous nude series

Lichtenstein used hand-cut stencils to create his trademark “Benday dots” in irregularly shaped pieces and also used computer generated dye-cut stencils for some areas of dots and patterns.
In the later years of his life Lichtenstein returned to his comic book style and began using the nude as a subject 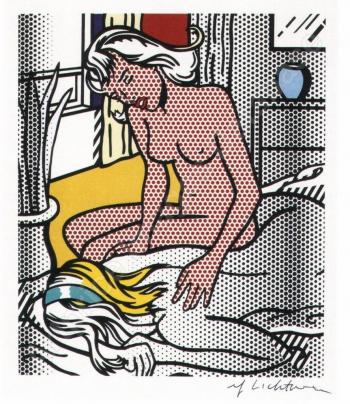