A lithograph by artist Michael Hunt in collaboration with Drew Brees, the Quarterback for the New Orleans Saints, for the Drew Brees Foundation

An MVP edition was released as an edition of 500.   In this edition the Fleur de Lis is embossed and the work has a richer finish and color than the regular edition.
More importantly, the MVP print is tripled signed by Drew Brees, the artist Michael Hunt and in addition Sean Payton

And again the Saints were in the playoffs for the Superbowl!!!!
This gets more and more exciting.

There is 1 MVP  lithograph available at Barnett Fine Art 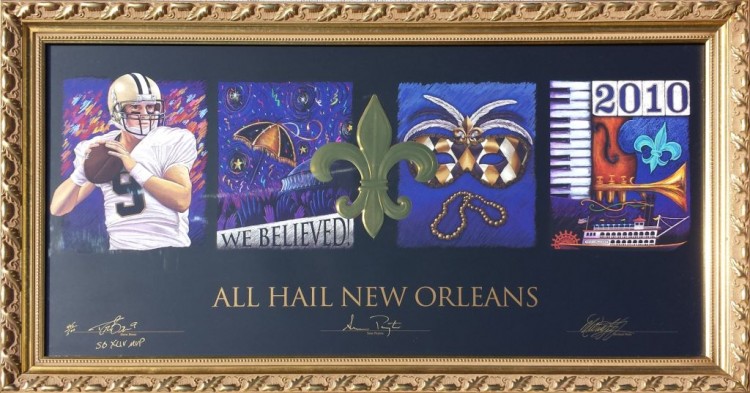